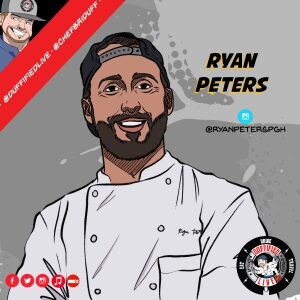 Chef Ryan Peters knew it at age two. He knew he wanted to be a chef at that age! Since then, he’s traveled to and from Key Largo and Pittsburgh. Two very odd cities, two very different cities, but two cities with amazing food programs on all levels.

I met Chef two years ago at his 146 square foot spot in Pittsburgh while out with Chef Chad Rosenthal. We had a great lunch that was prepared so well and so creatively for such a small space. Oddly enough, our paths have crossed despite a 22-year difference!

We discuss his newest undertaking at Iron Born Pizza in Pittsburgh, his role as the pasta chef, and his history and lineage that led him to this exact spot.