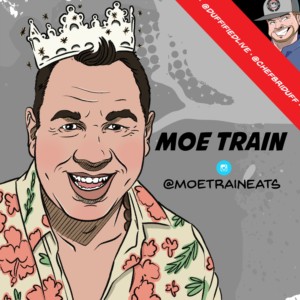 He’s a Philly native who has made a mark on the competitive eating world when he downed massive amounts of wings during the final episode of the highly touted drunk festival that thousands of Philadelphians with a passion for early morning drinking & public vomiting!!

Now, he’s since created his own outlet of media with his YouTube channel known as “Moe Train Eats,” a show that focuses on local eats & local people!

Don’t miss the great conversation with a hell of a good guy who has a huge appetite, not only for food but also for life!